MouseMesh Ltd, based in London, were honoured as International Green World Ambassadors at a special ceremony on Monday November 10th 2014 at the Houses of Parliament, London.

This recognition comes as a result of the environmental success of their MouseMesh Inbuilt Project which won a Green Apple Environment Award, presented at The Crystal, London last June.

As a result of that success, MouseMesh Ltd were invited to have their winning paper published in The Green Book, the world’s only annual work of reference on environmental best practice that is distributed to environment professionals, universities and libraries around the world by The Green Organisation. 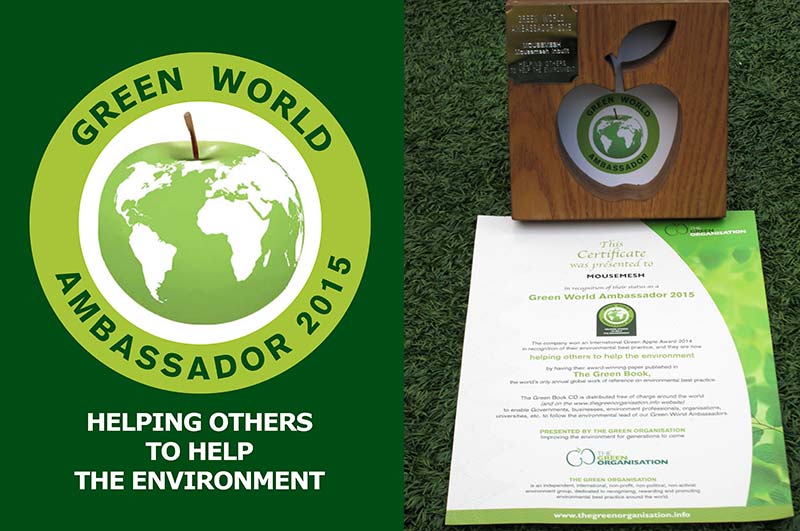 The award judges commented:
“MouseMesh is a new building product that does what it says on the tin. Brick-sized metal mesh is framed in plastic, to let in ventilation and keep out mice and other unwanted creatures. Made from environmentally friendly materials, this product is long lasting and animal friendly too – unless you’re a mouse, of course.”

The winning paper now goes forward for further judging and the possibility of representing the UK in the Brussels-led European Business Awards for the Environment.

The Green Apple Awards are one of the few environmental schemes in Britain that have official status to act as an automatic feeder scheme into the European campaign.