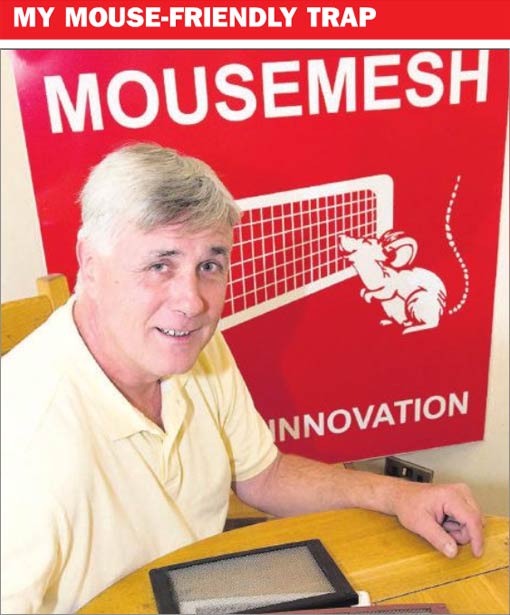 A builder from Hornsey has won a gold medal for his humanitarian mouse trap at Alexandra Palace’s British Invention Show.

Tony Car, 44, of Hawthorn Road came up with the idea after struggling to rid his own home of mice.

He said “I came home from work and my wife is frantic. She has got a mouse and my mother-in-law said ‘You have to get rid of it’. I got the traps and poisons and duly got rid of them and they came back after a week or so. I thought they must be getting in somewhere and it was the air bricks.”

Mr Carr’s MouseMesh is designed to fit over air bricks, which are underneath most houses to encourage air flow. He was surprised to win the prize after entering the competition at the last minute.

The father-of-two added: “When you get recognition for something like this it makes it worthwhile and my kids and happy for me.”